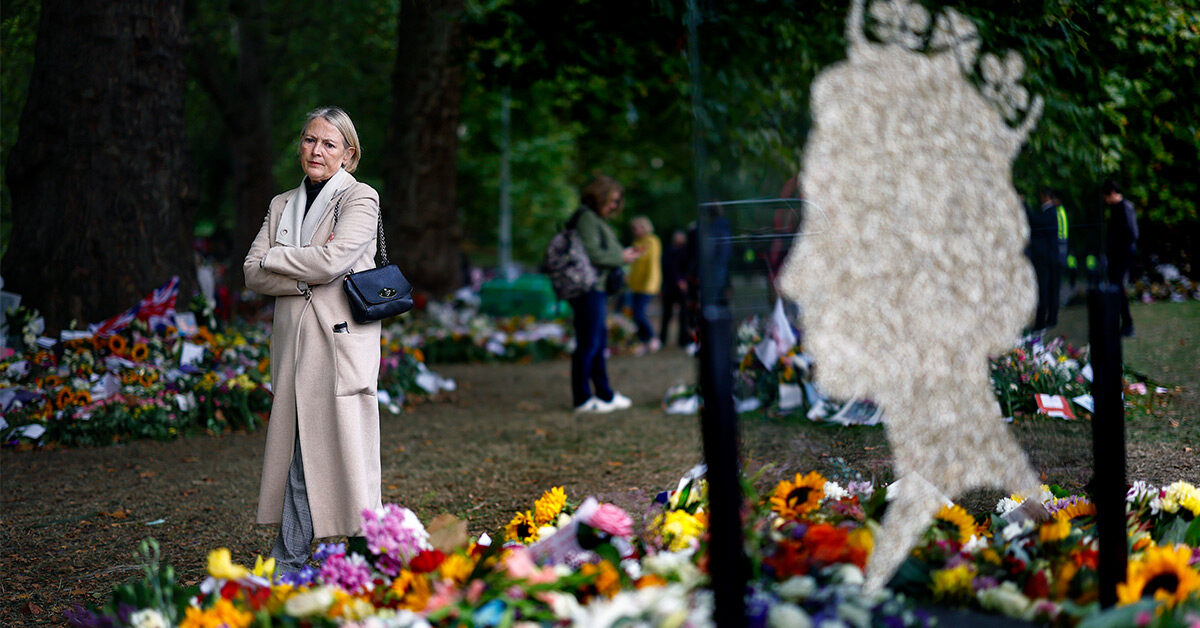 If the queen meant something to you, you might find you are surprised at the depth of grief you feel.

When someone close to you dies, it’s natural and expected to experience heartbreak, sadness, and loss, but when a celebrity passes – be it an actor, a singer, or a head of state – feelings of grief can take us by surprise.

Chances are you’ve been saddened by the death of a celebrity at some point. From JFK and Princess Diana to Kobe Bryant and Prince, the passing of a well-known person can leave you with a profound and perhaps unexpected sense of loss.

So, why might you experience such deep grief for someone you didn’t really know? According to experts, the answer is complex.

“It’s very easy to be judgmental and claim that crying about someone you’ve never met is nonsense,” says Maria Bailey, founder of Grief Specialists, a collective of grief coaches and therapists.

“I know some people have felt too embarrassed to talk about how deep their feelings are when someone in the public eye has died. However, these feelings are absolutely real and personal.”

While you might not have ever held a conversation with this person or even been in their presence, Bailey says there can still be a bond there. In some small way, they were still a part of your life.

“While our relationships with them aren’t the same as someone who is physically part of our lives, our bond forms more with the idea of that person,” she explains.

“You might have listened to their music for years, or watched them on TV every day, creating a feeling that they have been by our sides throughout our lives.”

After Queen Elizabeth II’s passing, for example, many people said she represented stability and calm in their lives. She was a familiar symbol of dependability.

Adrienne Kirk, a psychotherapist who specializes in grief, points to a concept known as ‘sedimented belief’ and the illusion of permanence.

“A sedimented belief is a belief that we have absorbed through our childhood, one we don’t really consciously think about, and when it’s ‘disproved’ (in this case, by a death) that can be really destabilizing for us,” she explains.

For example, if a celebrity has always been a part of our life, we may, on some level believe that they will always be around. It can be devastating to realize this isn’t the case.

A feeling of shared experience can also compound feelings of grief.

“We can gravitate towards a particular celebrity because we find traits in them that resonate with our own lives and experiences,” says Bailey.

“They might also remind you of someone you’re close to,” she adds.

When a well-known person passes, their death can be hard to escape with rolling news cycles and the ceaseless nature of social media.

“In the aftermath of a celebrity death, media coverage can increase your emotional involvement, as the amount of information about a celebrity increases,” Bailey explains.

“Sometimes there are programs documenting their lives and you can find out even more about them, such as unseen footage.”

Bailey says this can deepen our connection with that person and compound our feelings of grief even further.

For some though, the death of a celebrity serves as a painful reminder of the people close to them they have lost.

“For many of my clients, the death of the queen has triggered their own grief about the loss of their mother or grandmother,” Kirk notes.

“One of my clients said, ‘it’s stirred the pot of my grief’ and I think that’s quite profound.”

Whatever the reasons for your feelings of grief after a celebrity’s passing, Bailey wants to assure you that they are natural.

“Human emotions are complicated. We can’t help how we feel and grief is a normal response to loss that’s totally natural,” she points out.

According to Bailey, what you shouldn’t do, is compare your grief to someone else’s.

“Grief is as unique as the relationship you had with the person who has died,” she notes. “When you think of a celebrity death as a relationship lost, even if it was a one-way relationship, then grief is a normal reaction.”

If you’re surprised about the depth of your feelings, Kirk says the first thing to do is to acknowledge it.

“Don’t try to push your feelings away out of embarrassment. Be kind to yourself,” she advises.

It’s also a good idea to accept that not everyone will share your sense of loss.

“Not everyone will feel like this, and that is okay,” says Kirk. “Our brains like to make sense of the world, and one of the ways we do that is to categorize – so if someone doesn’t agree with you, you assume one of you is wrong. But this is not one of those situations where someone is right and someone is wrong.”

Next, she says it’s important to remember that you can choose how much coverage of the event you want to consume.

“If you are finding the wall-to-wall coverage distressing, you can turn it off; do something else. This isn’t disrespectful, but rather it’s taking care of yourself,” she says.

“You can allow yourself some space to grieve, to acknowledge that it’s sad, destabilizing, and unsettling; and that it triggers other losses. And the fact of our own mortality.”

Bailey recommends sharing your feelings of grief with others. You might find support from friends who were also fans of the person who has passed or on online fan pages.

“It’s healthy and normal to want to tell stories and share memories and saying how you feel out loud to someone you trust can help to release your feelings,” she explains.

It may also help to normalize the way you are feeling to hear others share similar sentiments.

If you’re feeling far worse than you’d expect about the death of a celebrity, Bailey advises thinking about why.

“Have you experienced bereavement or other losses in your life? How did you respond to them?” she asks.

“Are those feelings stuffed deep down inside? If so, it might be time to ask for professional help,” she advises. “The celebrity death might have brought up unresolved grief.”