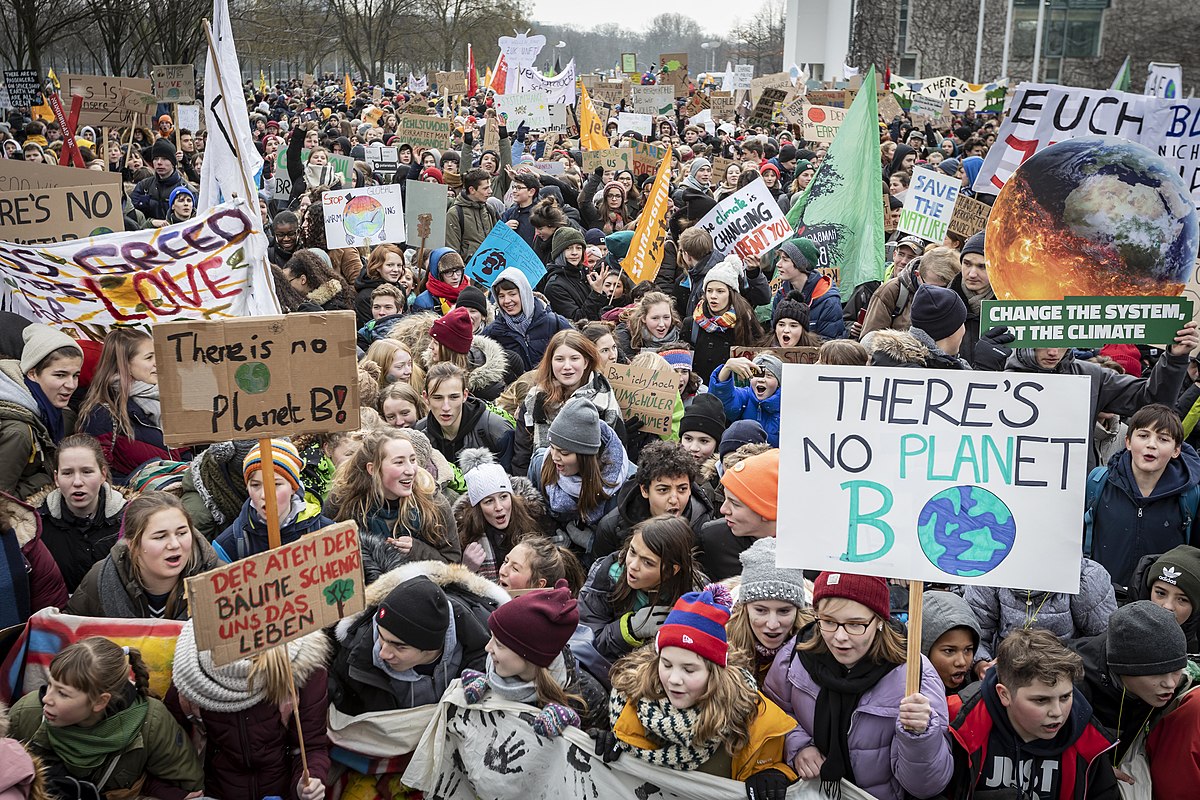 “You have stolen my dreams and my childhood with your empty words”.

These were the words Greta Thunberg used at the UN Climate Action Summit in New York in 2019. “The young people are starting to understand your betrayal. The eyes of all future generations are upon you. And if you choose to fail us, I say we will never forgive you.”

Many people see Greta Thunberg as the face of the youth climate movement. Around the globe, youth are increasingly taking action against climate change. Like Thunberg, many of these youth see the current inaction on climate change as a failure by earlier generations. Today’s youth are the ones that global climate change will affect the most. 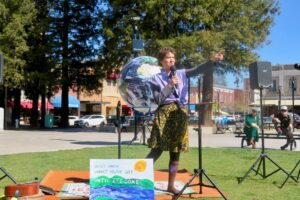 Fridays for Future is a youth-led climate action group with chapters around the world. The organization was initiated following Thunberg’s weekly strikes outside Swedish Parliament that started in 2018. In September 2019,  just over a year following Thunberg’s first strike, people from 151 countries had registered strikes with Fridays for Future for the Global Climate Strike. Previous German Chancellor Angela Merkel cited youth climate activism as a motivator for adopting stricter climate policy. While the reach of Fridays for Future strikes cannot be denied, this isn’t the only way youth are taking climate action in Canada. From court cases to the arts to education, Canadian youth are using diverse methods to call for action against the climate emergency.

In October 2019, 15 youths took the Canadian Government to court for failure to adequately respond to the climate crisis. The case, La Rose et al. vs Her Majesty the Queen, argued that the Government has failed to protect the constitutional rights of Canadian children and youth by failing to protect a healthy natural environment needed for survival. The Supreme Court ultimately dismissed the case as too political and thus outside of their jurisdiction; however, it still succeeded in bringing this issue to the public eye. Dr. Jason MacLean, an expert in Canadian environmental law, says that there is still a place for climate cases in Canadian courts. The scale of the La Rose et al. case made it difficult for the Supreme Court to handle, but more specific issues might be better handled.

While strikes tend to bring attention to large issues, other Canadian youth are making more specific demands in addressing the climate crisis. Banking on a Better Future is a not-for-profit run by a group of young organizers who are demanding an end to financial support of the fossil fuel industry. All major banks in Canada currently invest in new and existing fossil fuel projects and thus contribute to the continued production and emission of greenhouse gasses into the atmosphere. Through public education and community building, Banking on a Better Future aims to let banks know that they may lose their future customer base if they do not change their practices.

Education and community building are common goals for youth climate groups. The arts offer another way to reach and interact with the community. The Youth Climate Report is a database of youth-led documentaries highlighting research and actions taken across the globe. The project has been running since 2008, and in 2016 it was designated a partner program of the United Nations Climate Change secretariat. Several youths from around Canada have contributed to the project. Today, it acts as a significant resource for UN climate conference attendees. Another unique, arts-based method through which Canadian youth are working to educate and build community is the Cloud 9 Eco-Art Festival. This music festival near Kingston Ontario envisions a sustainable future while fundraising for environmental education and sustainable agriculture. The goal of the event is to “create a space for the next generation that fosters cultural dialogue and change”.

Emilia Ganslandt is a PhD student at Queen’s University studying the methods and goals of the young climate movement in Canada. In her research, she has found that many youths come to the movement because of the community it provides. A narrative frequently used by the media is that youth join the climate action movement out of fear. While this can be true, it ignores the multifaceted nature of the movement. In addition to community, Ganslandt has found that youth also come to the movement to be taken seriously in a political setting. As a group, youth are often seen as in-between children and adults. This can lead to a harmful dismissal of youth. Instead, youth need to be seen as a distinct societal group, one that has unique perspectives and values.

Ganslandt says that while youth voices have been given a lot of attention in the public media, it is lacking in academic literature. Even within the public media, large actions like strikes tend to get the most attention. Emily Bell, a master’s student also at Queen’s University who is studying youth climate activism and the psychosocial impacts of activism upon the participants, agrees with many of the findings of Ganslandt. “Media and literature focus placed overly upon climate strikes and marches may serve to obscure more targeted and system-based actions”, she says. She fears that this risks painting the picture of activists as a group without a clear purpose or lacking solutions. “It is important for literature and research, as well as general media, to explore the actions and personal experiences of youth climate activists, as activists themselves are the greatest source of understanding of the movement and the youth involved in it,” Bell adds.

Many residents of northern communities, including those of Rigolet, cite time on the land and at family cabins away from town as an important aspect of their well-being. Photo: Wikimedia Commons user Adavyd, CC BY-SA 4.0.

Other academics have discussed the need for youth voices in the climate change literature. A group from McGill University, Ontario Veterinary College and the Rigolet Inuit Community Government presents the voices and lived experiences of climate change by youth in Rigolet, Nunatsiavut (Labrador). The authors identify five themes of change identified by youth: changing travel conditions and access to hunting, changes to Inuit culture, concern for Elder and senior well-being, emotional responses to a changing climate, and identifying adaption strategies to these changes. They state that “it is the responsibility of communities and researchers to create innovative and effective opportunities in research, policy, and education where youth can develop the skills to become the leaders in a future they will inherit from the current generation.”

Canadian youth have a wealth of skills and experience. No longer a future threat, climate change is here, and its impacts are felt in Canada and around the globe. Beyond strikes, Canadian youth are taking tangible actions to bring attention to the climate crisis. As a group that will be largely affected by climate change, they need to be listened to in both political and academic settings.