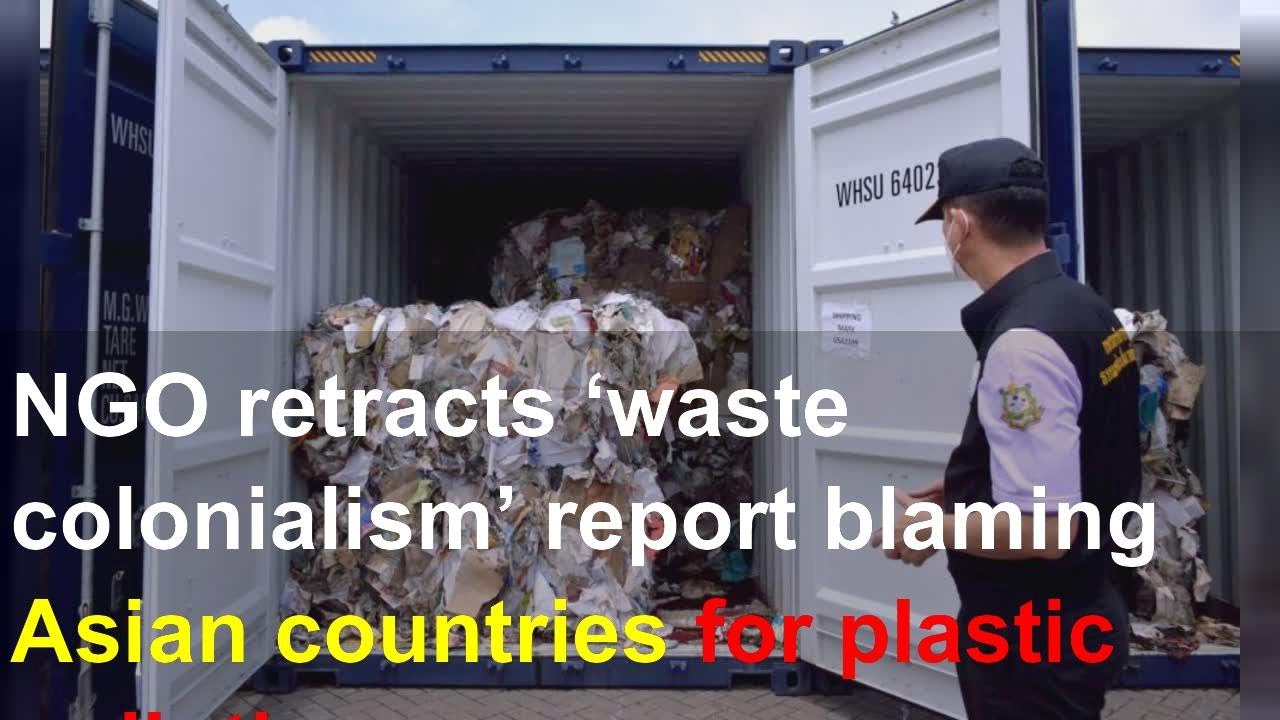 The Environmental Protection Organization has retracted an influential report that blamed five Asian countries for much of the ocean’s plastic pollution. In a Stemming the Tide report from US environmental group… Music from video: The Guardian 2022-09-15T10:08:42Z included waste incineration and waste-to-energy conversion as “solutions” to the plastic crisis. Published in 2015, it has been called “waste colonialism” by hundreds of environmental, health and social justice groups across Asia. The report has done harm for years, the groups say, by ignoring the role of countries in the global north in over-producing plastic and exporting plastic waste to developing countries under the guise of trade. “This unprecedented rebuttal to the report is an opportunity to interrupt decades of waste colonialism,” said Froilan Great, Gaia’s coordinator for Asia Pacific. “Ocean Conservancy can raise awareness among other organizations and policy makers about the false narrative being circulated in the report.” When the Guardian contacted the apology, the Ocean Conservancy referred to a statement on its website released in July. The report not only “wrongly blamed” five countries – the Philippines, China, Indonesia, Vietnam and Thailand – for the most plastic pollution, but also “misled governments and the public for years into thinking that incinerating plastic waste is the solution to the problem.” “. problem,” Grate said. Gaia also said that the Ocean Conservancy underestimated the true cost of incineration in terms of climate and public health. What’s more, the Ocean Conservancy acknowledged its error in not taking into account the contributions of communities in the Asia-Pacific region seeking solutions to the problem of plastic waste, which Great said was “disproportionately affected” by the report. According to him, he is currently involved in the “restorative justice” process, interacting with groups in Asia. Stemming the Tide was written by the McKinsey consulting company, whose leadership team included the World Wide Fund for Nature, The Coca-Cola Company, Dow Chemical, and the American Chemistry Council. Kristy Keith, Gaia’s international coordinator, said the five Asian countries mentioned in the report are not to blame for plastic waste. “That blame lies with the corporations that are making and selling more and more plastic,” she said. “And those who fight for zero-waste community solutions deserve respect and celebration, not attack.” Satyarupa Shekhar, Asia Pacific coordinator for Break Free From Plastic, said the Ocean Conservancy’s report “loosened existing incineration restrictions and opened the door to false solutions and controversial technical solutions to tackle the plastic pollution crisis.” In the Philippines, the national incineration ban is threatened by new proposals to allow waste-to-energy plants, while in Indonesia the government continues to push for waste incineration despite a Supreme Court ruling overturning presidential orders to accelerate waste generation. on the basis of power plants or waste incinerators. US lawmakers and federal agencies such as the Environmental Protection Agency often cite “stopping the wave”. Sonia Mendoza, chairman of the Mother Earth Foundation in the Philippines, said: “Each country should be held accountable for the waste it produces, not export it under the guise of ‘trade’. In recent years, understanding of ocean plastic waste, including its origin, has expanded. In a statement on its website, the Ocean Conservancy says it has “failed to address the root causes of plastic waste or address the impact on communities and NGOs working on the ground in places most affected by plastic pollution.” Including incineration and waste-to-energy as acceptable solutions to the plastic crisis was wrong, the statement said. “We didn’t take into account how these technologies keep the demand for plastic production constant and impede the transition to a circular economy and a zero-carbon future.” “Furthermore, by focusing so narrowly on one region of the world (East and Southeast Asia), we have created a narrative about who is responsible for the ocean plastic pollution crisis – one that has not recognized the huge role played by developed countries, especially the United States. The states have played and continue to play in the production and export of plastic waste to this very region. It was also wrong.” .