Injectable form of PrEP Could be Game Changer for HIV Prevention 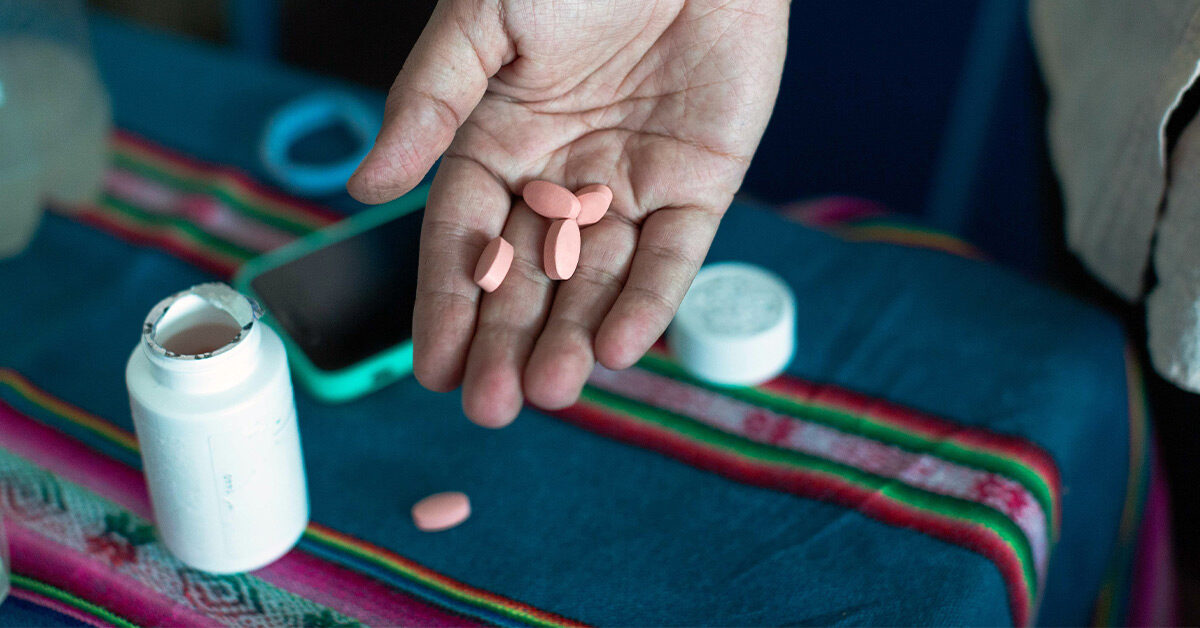 This is the first, and currently, only long-acting injectable form of PrEP, a medication that when adhered to, can effectively prevent the contraction of HIV.

This injectable form of PrEP complements other recent pushes to put HIV prevention efforts front and center. Experts say this is a positive development and hints at an era of even more accessible and sophisticated efforts to better prevent HIV, especially among communities that are most at risk.

At this summer’s global conference, the research presented by the pharmaceutical company that specializes in HIV therapies zeroes in on data from the unblinded phase of the HIV Prevention Trials Network (HPTN) 084 trial that examined this form of PrEP in women living in sub-Saharan Africa.

The trial administered this form of HIV prevention — compared to daily oral PrEP in tablet form — to 3,224 cisgender women at increased risk of HIV every eight weeks.

In the study, there was an initial phase where oral PrEP tablets were administered to “assess tolerability to cabotegravir before administering” the injections. The study opened to enrollment in November 2017 and was conducted in research centers in Botswana, Kenya, Malawi, South Africa, Eswatini, Uganda, and Zimbabwe, according to a press release.

The cabotegravir LA injections were determined to be superior to daily, oral PrEP treatments, in preventing HIV in the trial population of women.

In the data presented at the conference, this form of injectable PrEP resulted in an “89% lower rate of HIV acquisition” compared to a regimen of oral tablets, reads the release.

When asked why the results of this study are significant, Alex Rinehart, PhD, Medicines Development Leader, HIV Prevention at ViiV Healthcare, said that these findings “reinforce the potential” of this kind of injectable HIV prevention.

Additionally, he added that new safety data the company revealed pointed to no birth defects among the women who became pregnant after exposure to initial injections of this type of PrEP treatment.

Dr. Monica Gandhi, MPH, Professor of Medicine and Associate Division Chief (Clinical Operations/ Education) of the Division of HIV, Infectious Diseases, and Global Medicine at UCSF/ San Francisco General Hospital, said that at the HIV/AIDS conference this year, long-acting PrEP with intramuscular cabotegravir administered every eight weeks was given quite the spotlight.

She told Healthline that this trial in cis women fit in with research also presented on the HPTN 083 trial, which also examined this kind of PrEP given to men and trans women who have sex with men.

When it came to that trial, Gandhi, who was not affiliated with this research or with ViiV Healthcare, explained that injectable PrEP administered every eight weeks “was superior to oral PrEP with a 66% reduction in HIV incidence” during the cabotegravir leg of the study compared to that during which oral PrEP was administered.

Rinehart, of ViiV Healthcare, said that it must be made clear that “both injectable and oral PrEP substantially reduce the risk of getting HIV from sex when taken as prescribed.”

“But daily, oral PrEP adherence and uptake can be limited by a number of factors, including side effects, convenience, and stigma. Since no single medicine will work for everyone in all circumstances, it is crucial to ensure that all those who could benefit from PrEP are aware of the options available to meet their evolving needs,” he added.

While it is still pending regulatory approvals and access, Rinehart said that cabotegravir LA for PrEP points to a method of HIV prevention that might seem less cumbersome and intimidating for people than remembering to adhere to a daily pill.

When asked who this could benefit, he said it has universal implications for communities most at risk for HIV, able to be administered in adults and adolescents at risk of HIV through sexual transmission and, as with PrEP in pill form, show an HIV-negative test result “prior to initiation.”

“Many people who are vulnerable to HIV have complex lives that can make taking a daily pill to prevent HIV a burden. This can include stigma, fears about accidental disclosure of their medicine, as well as general complications from daily living,” Rinehart explained. “Together, these issues may contribute to low rates of PrEP usage and the expansion of the HIV epidemic.”

He stressed it is important to point to the “superior efficacy” at preventing HIV transmission this form of PrEP displayed in “the populations known to be vulnerable and at risk of acquiring HIV” the most as seen in both trial studies — transgender women, cisgender men, and cisgender women who have sex with men.

“With the availability of cabotegravir LA for PrEP as an injection every two months to prevent HIV, people have an important new option besides daily medication,” Rinehart added. “Having an alternative to a daily pill to prevent HIV that reduces dosing days from 365 to as few as six times per year can potentially have a significant impact on efforts to end the epidemic.”

The two studies paint a broad picture of who could benefit from this kind of HIV prevention. While the HPTN 084 study looked at cisgender women in sub-Saharan Africa, the other study, HPTN 083, was U.S.-based and included “Black/African American and Latinx” communities of both transgender women and cis men who have sex with men, populations especially hit by the enduring HIV/AIDS epidemic.

Back in July, just ahead of the 2022 International AIDS Conference, the World Health Organization (WHO) released on this form of injectable PrEP treatment. In them, WHO urged countries around the globe to consider this form of HIV prevention for those most at risk.

“Long-acting cabotegravir is a safe and highly effective HIV prevention tool, but isn’t yet available outside study settings,” Dr. Meg Doherty, Director of WHO’s Global HIV, Hepatitis and Sexually Transmitted Infections Programmes, said in . “We hope these new guidelines will help accelerate country efforts to start to plan and deliver CAB-LA alongside other HIV prevention options, including oral PrEP and the dapivirine vaginal ring.”

Both Gandhi and Rinehart say they feel encouraged that a better understanding of how effective this form of PrEP is will help improve HIV prevention and reach more people in communities that are particularly at risk.

Gandhi said just the study on cisgender women alone is “game-changing for the world.”

“Given that the PrEP injection need only be given 6 times a year, obviating the need for a daily pill, this recommendation by the WHO is likely to massively support biomedical prevention efforts worldwide,” she added.

Rinehart said that “fewer than 25% of the approximately 1.2 million people in the U.S. who could benefit from PrEP are currently taking daily, oral PrEP.”

This reality underscores why as many options need to be available and accessible.

He explained that PrEP, much like contraception, “will never be a one size fits all approach but rather a choice of a method that best suits your current needs.”

“An injectable PrEP option could play an important role in reducing HIV transmission and helping to end the HIV epidemic,” Rinehart said.