High Blood Pressure May Contribute to Neurotic Behavior in Some People 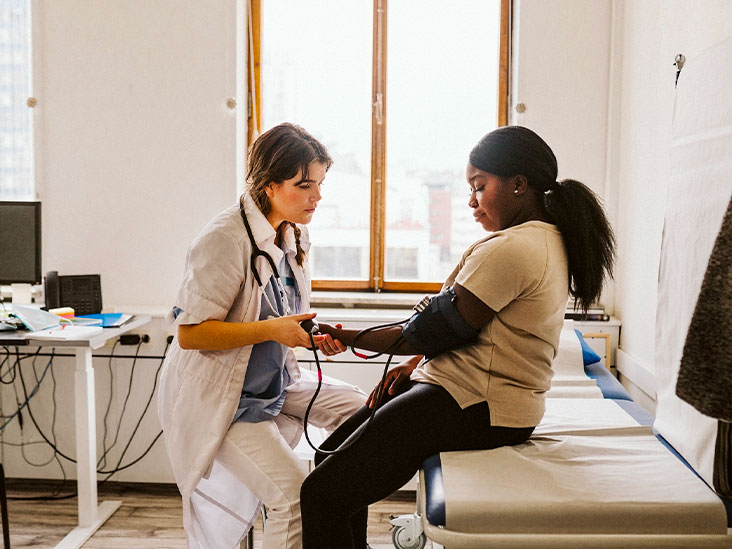 Neuroticism is a personality trait characterized by a tendency to experience negative emotions such as anxiety, fear, mental stress, anger, guilt, and depression. Research shows that it is associated with worse health outcomes.

“Individuals who score higher in neuroticism tend to be at greater risk of developing chronic disease — including cardiovascular disease and other diseases such as Alzheimer’s disease — and [they] are at an increased risk of premature mortality,” said Angelina Sutin, PhD, a professor in the Department of Behavioral Sciences and Social Medicine at Florida State University in Tallahassee.

In addition, “neuroticism is the strongest personality predictor of mental health disorders,” she said, “which can contribute to poor physical health outcomes.”

The level of this personality trait in a population can also change over time.

For example, one recent found that neuroticism increased among young people in the United States during the COVID-19 pandemic.

While it’s known that neuroticism can increase the risk of poor health outcomes, a new study suggests that, in certain cases, the association can go the other way.

Specifically, high diastolic blood pressure is likely to cause neuroticism, suggests the results of a large-scale genetic study recently published in the journal General Psychiatry.

Blood pressure is expressed as a measurement with two numbers, one number on top (systolic) and one on the bottom (diastolic). For example, 120/80 mm Hg.

Systolic blood pressure represents the pressure in the blood vessels when the heart contracts.

In contrast, diastolic is the pressure of the blood vessels between contractions of the heart, when the vessels are relaxed.

High blood pressure, also known as hypertension, is a for heart attack, stroke, and other health problems.

This condition was responsible for more than in the United States in 2020, according to the Centers for Disease Control and Prevention.

While poor diet, lack of physical activity, and high stress levels can influence whether you have high blood pressure, your also play a role.

The authors of the new study used this fact to examine the association between blood pressure and certain personality traits using a technique called Mendelian randomization.

Their analysis showed that diastolic blood pressure had “significant causal effects” on neuroticism but not on anxiety, depressive symptoms, or subjective well-being.

The other blood pressure traits had no association with the four psychological states.

The researchers acknowledged certain limitations of their findings. For example, because the genetic data came mainly from people of European ancestry, the results may not apply to other populations.

In addition, researchers couldn’t rule out pleiotropy — where one gene might affect both diastolic blood pressure and neuroticism. This could make the link between the two appear stronger.

More research is needed to fully understand the mechanisms linking blood pressure and psychological states, but the study adds a new twist to that association.

“It is intriguing to see that the researchers found evidence supporting a causal direction from blood pressure to neuroticism, but not vice versa,” said Lewina Lee, PhD, assistant professor of psychiatry at Boston University School of Medicine. “I am curious to hear their thoughts on potential mechanisms and explanations for these findings.”

However, earlier research has already shown that neuroticism — and related psychological states — can have negative impacts on overall health.

For example, two studies — in and — linked higher levels of neuroticism to a greater risk of dying from cardiovascular disease.

Other research has examined the health effects of psychological factors closely related to neuroticism.

One found a 1.5-fold higher risk of developing cardiovascular disease among people with anxiety compared to those without anxiety.

“These results held up even when the analyses were restricted to people who were free of cardiovascular disease at baseline,” said Lee.

Sutin said we don’t yet have an answer to that question.

“It has just been in recent years that researchers have rigorously tested whether neuroticism can be changed through intervention,” she said, adding, “it can.”

Additional research is needed to show whether treatment — which includes — can lead to better health outcomes.

Lee pointed to research showing that treating neuroticism-related conditions — such as anxiety, depression, and post-traumatic stress disorder (PTSD) — may prevent the recurrence of heart disease.

For example, studies show that stress reduction — such as and — can reduce the risk of heart attack, stroke, and other heart-related events in people with existing cardiovascular disease.

But she said research on whether treating PTSD can reduce the risk of developing cardiovascular disease has been mixed.

Still, “there is a lot of room for more research in this area,” she said.

“Disrupting this cycle will be important to improve long-term health and well-being,” she said.