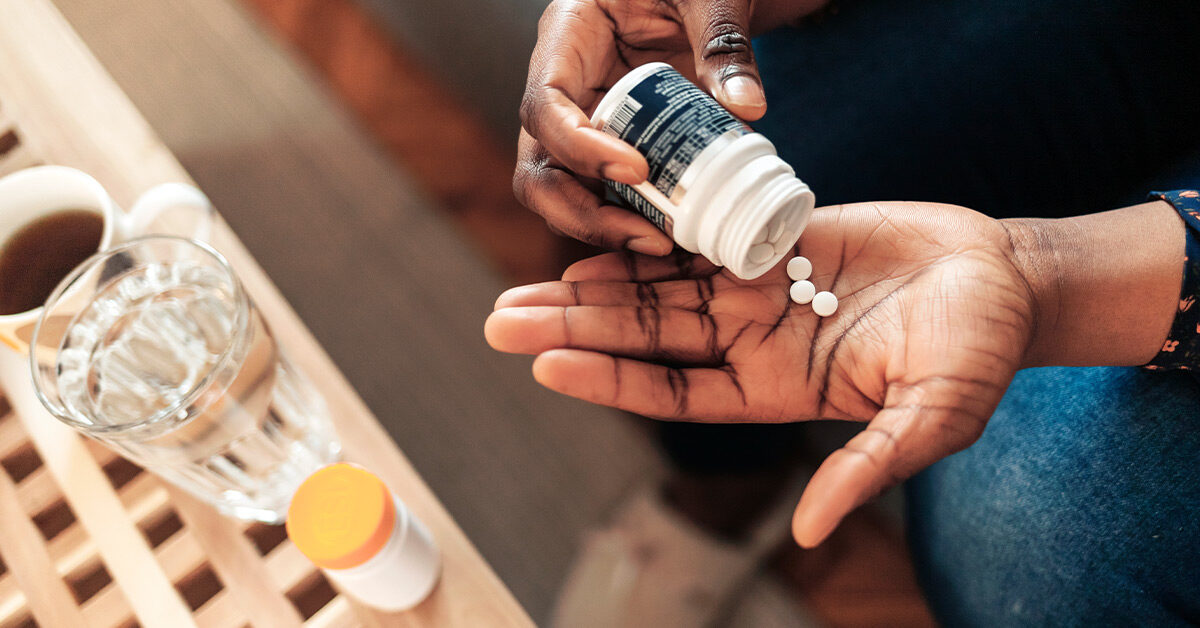 There is a significant risk of bleeding for people who take aspirin with the blood thinner warfarin.

That’s according to researchers at the University of Michigan who recently studied the effects of aspirin when taking warfarin.

Their included 6,700 participants who took aspirin with warfarin. The researchers found that when the participants reduced their aspirin use by 46%, bleeding complications dropped by 32%.

The participants were treated at anticoagulation clinics across Michigan for venous thromboembolism and atrial fibrillation. Both conditions increase the risk of stroke.

“This is a very important study,” said Dr. Jeffrey Berger, a cardiologist at NYU Langone Health in the Department of Medicine in the Leon H. Charney Division of Cardiology in New York who was not part of the study.

“Doctors and researchers spend a lot of time looking for new therapies to help patients. But this study is an excellent reminder to look at what we can drop,” he told Healthline. “We should review medications our patients are on that might no longer be needed. Many patients began aspirin therapy as a first step before any blood thinners and after they started them, they continued to take the aspirin, too.”

The researchers theorized that many study participants took aspirin to prevent heart attack or stroke and did not stop when they started warfarin.

In 2010, U.S. Preventive Task Force guidance recommended that men between 45 and 79 and women 55 to 79 should take low-dose aspirin to help prevent cardiovascular disease. Then in April 2022, they changed the guidance. Among the new recommendations:

While the results could be transferable to other blood thinners, the scientists for this study only looked at people currently taking warfarin, the most commonly prescribed blood thinner.

The scientists stressed it is essential to talk to your doctor to understand the benefits and risks of taking aspirin.

“The decision to start patients on aspirin who are on blood thinners must be individualized via an assessment that each patient should have with their doctor,” Warrier told Healthline. “This study reinforces the current practice of not placing patients on aspirin unless there is a significant need for antiplatelet therapy.”

There are two main types of blood thinners:

“There are many different types of blood thinners, such as warfarin (Coumadin), apixaban (Eliquis), rivaroxaban (Xarelto), and dabigatran (Pradaxa),” explained Dr. Jeffrey Tyler, a cardiologist with Providence St. Joseph Hospital in California,

He noted that people take them for a variety of conditions, such as:

“Some of these people benefit from taking aspirin and blood thinners, such as those that have atrial fibrillation, deep vein thrombosis, and recent stents,” Tyler told Healthline.

There are disadvantages, such as the increase in bleeding.

“Blood thinners are a double edge sword,” Dr. Andrew M Freeman, a cardiologist at National Jewish Health, told Healthline. “The more your blood doesn’t clot, the more bleeding. Some aren’t dangerous – bruising and nosebleeds are considered nuisance bleeding and can be an acceptable side effect.”

“The most common side effect of blood thinners is bleeding,” Berger told Healthline.

Other common side effects include upset stomach, nausea, and diarrhea.

“Blood thinners, depending on the type, can interact with supplements, medications, vitamins, and foods,” said Warrier. “You must inform your physician of all medications and supplements you take. Some supplements you should avoid while taking warfarin include garlic, high amounts of cinnamon, vitamin K, green tea, vitamin E, St John’s wort, and Ginkgo biloba. Some of these increase the effects of warfarin while others decrease the effect.”

In the past, doctors often prescribed aspirin to a person without heart disease as a preventive measure.

“Over the past few years, we have had a multitude of studies showing the increased risk of bleeding on aspirin, and now instead of giving it to everyone, we are more selective in terms of who would benefit from this therapy,” explained Doshi.

Experts say if you take prescribed aspirin and blood thinners, don’t stop without talking to your doctor.