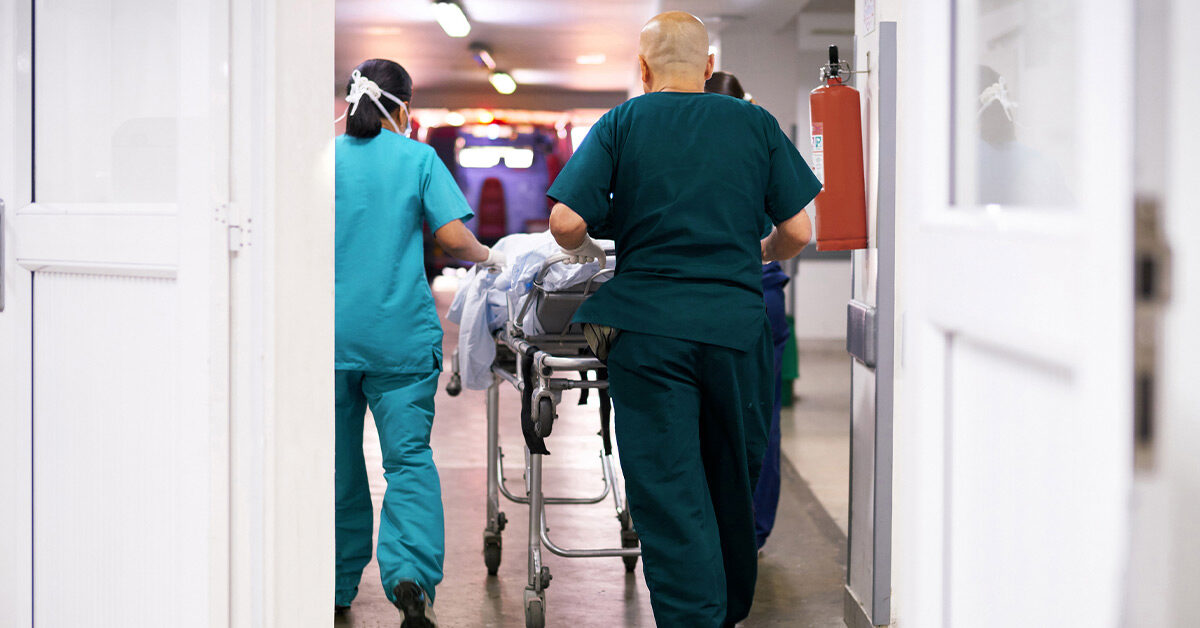 Overdose deaths linked to a powerful group of illegal synthetic opioids increased more than four times in Tennessee between 2020 and 2021, according to the state’s Department of Health.

However, “this number could be underestimated because of low testing frequency,” Tenn. state epidemiologist Jessica Korona-Bailey, MPH, and her colleagues wrote Sept. 16 in , the journal of the Centers for Disease Control and Prevention (CDC).

Known as nitazenes, these opioids were as a potential pain reliever medication, but have never been approved for clinical use in the United States.

Laboratory testing shows that the potency of several types of nitazenes exceeds that of the synthetic opioid fentanyl by up to 10 times, while certain nitazene analogs have a similar potency as fentanyl.

Fentanyl is 50 to 100 times stronger than morphine.

The exact number of overdose deaths in the United States involving nitazene is unknown, said Korona-Bailey and her colleagues, partly because standard toxicology panels do not always test for these drugs.

One expert at The Center for Forensic Science Research and Education estimates that nitazenes accounted for about 5 percent of fatal drug overdoses in the country last year, reports The Hill.

Overall drug overdose deaths in the United States topped 100,000 during the 12-month period ending in April 2021, shows from the CDC.

Forensic labs have detected the presence of nitazenes in Florida, Ohio, the District of Columbia, and other parts of the country.

In Tennessee, Korona-Bailey and her colleagues used state death certificate data and toxicology reports for deaths to identify nitazene-involving fatal drug overdoses — showing an increase from 10 in 2020 to 42 in 2021.

All of these cases involved multiple substances, with injection the most frequent route of administration, they found.

Many of these cases occurred in Knox County, which sends blood samples for additional laboratory testing to the Drug Enforcement Agency (DEA). So the numbers in other counties may be undercounted, the researchers said.

“If such a significant increase occurred in Knox County, Tennessee — a county with a population under 500,000 — we’d be remiss to believe that larger counties and metropolitan areas would not have seen even greater increases if nitazenes were a standard part of testing schedules,” he said.

In addition, the fact that the majority of these deaths involved more than one substance suggests that “it’s highly likely that those who injected, ingested or sniffed a substance containing nitazenes were completely unaware of its presence,” he said.

This also happens with fentanyl — which is strong and cheap to make — with people who manufacture illegal drugs adding fentanyl to heroin, cocaine, methamphetamines, and other drugs.

Many times, even the person supplying the substance won’t have any idea that the drug is laced with fentanyl or another synthetic opioid, said Weinstein.

As a result, “overdose deaths are occurring among people who take a pill given to them by a friend or obtained via social media, not knowing they’re making a fatal mistake,” he said.

Tennessee data also show that only 12 of the people who had a nitazene-involved fatal overdose received naloxone (Narcan), a prescription medication used to treat opioid overdoses.

This medication has been shown to work in people who have overdosed on certain types of nitazenes, although higher doses of naloxone may be required to restore breathing.

“Given naloxone’s effectiveness in preventing fatal overdoses, more frequent administration of naloxone by first responders, bystanders, and clinicians is important,” said Korona-Bailey and her colleagues.

An opioid overdose is life-threatening and requires immediate medical attention. Signs that a person may be having an overdose include:

The Tennessee health department’s data don’t indicate whether any of the overdose deaths involving nitazenes occurred in younger people.

But research by addiction medicine specialist Dr. O. Trent Hall and his colleagues shows that other synthetic opioids, including fentanyl, are negatively impacting adolescents.

In a study published online Sept. 9 in the Journal of Adolescent Health, they found that “years of life lost” among 10- to 19-year-olds increased 113% during the first year of the COVID-19 pandemic, compared to the year before.

“To see that enormous jump during the first year of the pandemic was an incredible shock,” said Hall, an assistant professor of psychiatry and behavioral health at The Ohio State University Wexner Medical Center in Columbus, Ohio.

Years of life lost, or excess mortality, is the difference between the age at which a person dies and their expected remaining years of life.

In 2020, four-fifths of the 1,391 overdose deaths among young people involved fentanyl or other synthetic opioids (other than methadone), Hall and his colleagues found.

While in the United States have the highest rates of drug overdose deaths, according to the CDC, adolescents are especially at risk from the use of illegal drugs.

“We know that addiction is a chronic health condition that often begins in adolescence. We also know that adolescents are at a stage where many are engaged in risk-taking behaviors,” said Hall.

But “in the age of fentanyl, just a single experimentation [with an illegal drug] can be deadly,” he said.

To help reduce drug overdose deaths among young people, Hall said the country needs to do a better job at screening adolescents for the risk of substance use and providing effective treatment to those that already have a substance use disorder.

In addition, ”we need to engage adolescents with effective public health messaging that correctly conveys the serious risk of fentanyl,” he said, including “that it may be disguised as some other drug.”