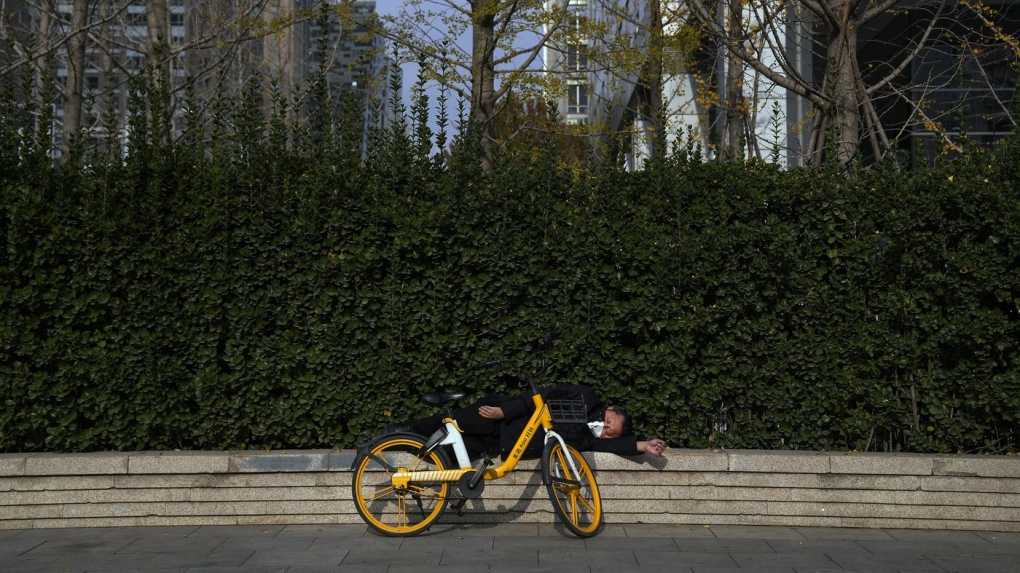 
More than 253,000 coronavirus cases have been found in China in the past three weeks and the daily average is rising, the government said Tuesday, adding to pressure on officials who are trying to reduce economic damage by easing controls that confine millions of people to their homes.


The ruling Communist Party promised earlier this month to reduce disruptions from its “zero- COVID” strategy by making controls more flexible. But the latest wave of outbreaks is challenging that, prompting major cities including Beijing to close off populous districts, shut stores and offices and ordered factories to isolate their workforces from outside contact.


That has fueled fears a downturn in Chinese business activity might hurt already weak global trade.

The past week’s average of 22,200 daily cases is double the previous week’s rate, the official China News Service reported, citing the National Bureau of Disease Prevention and Control.


“Some provinces are facing the most severe and complex situation in the past three years,” a bureau spokesman, Hu Xiang, said at a news conference, according to CNS.


China’s infection numbers are lower than those of the United States and other major countries. But the ruling party is sticking to “zero COVID,” which calls for isolating every case, while other governments are relaxing travel and other controls and trying to live with the virus.


On Tuesday, the government reported 28,127 cases found over the past 24 hours, including 25,902 with no symptoms. Almost one-third, or 9,022, were in Guangdong province, the heartland of export-oriented manufacturing adjacent to Hong Kong.


Global stock markets fell Monday as anxiety about China’s controls added to unease about a Federal Reserve official’s comment last week that already elevated U.S. interest rates might have to rise further than expected to cool surging inflation. Shares were mixed on Tuesday.


Investors are “worried about falling demand as a result of a less mobile Chinese economy amid fears there will be more COVID-related lockdowns,” said Fawad Razaqzada of StoneX in a report.


China is the world’s biggest trader and the top market for its Asian neighbors. Weakness in consumer or factory demand can hurt global producers of oil and other raw materials, computer chips and other industrial components, food and consumer goods. Restrictions that hamper activity at Chinese ports can disrupt global trade.


Hu, the government spokesman, said officials were traveling around China and holding video meetings to ensure compliance with a list of 20 changes to anti-virus controls announced on Nov. 11. They include shortening quarantines for people arriving in China to five days from seven and narrowing the definition of who counts as a close contact of an infected person.


Despite that, the Guangdong provincial capital, Guangzhou, suspended access Monday to its Baiyun district of 3.7 million residents. Residents of some areas of Shijiazhuang, a city of 11 million people southwest of Beijing, were told to stay home while mass testing is carried out.


Economic growth rebounded to 3.9% over a year earlier in the three months ending in September, up from the first half’s 2.2%. But activity already was starting to fall back.


Retail spending shrank by 0.5% from a year earlier in October, retreating from the previous month’s 2.5% growth as cities re-imposed anti-virus controls. Imports fell 0.3% in a sign of anemic consumer demand, a reverse from September’s 6.7% rise.


Chinese exports shrank by 0.7% in October after American and European consumer demand was depressed by unusually large interest rate increases by the Fed and other central banks to cool inflation that is at multi-decade highs.


Businesspeople and economists see the changes in anti-virus controls as a step toward lifting controls that isolate China from the rest of the world. But they say “zero COVID” might stay in place until as late as the second half of next year.


Guangzhou announced plans last week to build quarantine facilities for nearly 250,000 people. It said 95,300 people from another district, Haizhu, were being moved to hospitals or quarantine.


Factories in Shijiazhuang were told to operate under “closed-loop management,” a term for employees living at their workplaces. That adds costs for food and living space.


Entrepreneurs are pessimistic about the current quarter, according to a survey by Peking University researchers and a financial company, Ant Group Ltd. It said a “confidence index” based on responses from 20,180 business owners fell to its lowest level since early 2021.


The ruling party needs to vaccinate millions of elderly people before it can lift controls that keep out most foreign visitors, economists and health experts say.


“We do not think the country is ready yet to open up,” said Louis Loo of Oxford Economics in a report. “We expect the Chinese authorities will continue to fine-tune COVID controls over the coming months, moving toward a broader and more comprehensive reopening later.”